The Miami Design District is a hotbed of creativity. This exciting shopping and arts district, which spans 18 square blocks just north of I-195 and Midtown Miami, is a treasure trove of luxury fashion boutiques, edgy art galleries, engaging public art, and trendy restaurants. The Miami Design District, the brainchild of visionary developer and art collector Craig Robins, has grown into a refined and inviting global destination for art and design.

The Miami Design District is also becoming a popular destination for discovering some of the city’s most exciting restaurants. The Miami Design District’s 18 square blocks are dotted with luxury boutiques, creative public art installations, galleries, and, of course, fantastic restaurants. Here are some of the best places to dine in this chic neighborhood, whether it’s for a quick bite while shopping or toasting to an unforgettable night on the town at a renowned restaurant.

Expanding the culinary offerings in Miami’s Design District, Chef Dena Marino and her partner Brandy Coletta own and operate MC Kitchen, a farm-to-table Italian restaurant & mercato offering seasonal dishes with soulful flavors. Chef Marino moved from Colorado to Florida to build a restaurant that reflects her personal style and showcases her creativity. The double height dining room is sleek and sophisticated with entire walls of windows, dark wood paneling and endless sheer curtains that allow for plenty of unabashed people watching in the fashionable neighborhood.

With very little softness to absorb the noise when MC Kitchen is busy, the restaurant is a peaceful oasis at brunch service when the tinkle of glassware gently punctuates muted conversation. House made pastas are inspired by the recipes Marino learned in her grandmother’s kitchen. Start with crisp piadena flatbreads topped with spicy shrimp, a tossed “PLT” salad (pancetta replaces traditional bacon) or creamy fresh mozzarella with spinach and tomato. A honey-glazed pork chop with caramelized brussel sprouts or Niman Ranch braised short ribs are rich and satisfying entrees. Keep an eye on Chef Marino as she powers through the open kitchen; she’s the heart and soul of every plate.  -mckitchenmiami.com

Oak Tavern is a cozy watering hole in the heart of the Design District, a clubhouse for local showroom workers and visiting designers to relax an unwind at lunchtime or to celebrate the day’s success at happy hour seven nights a week. Miami’s short roster of elite chefs includes David Bracha who also owns and operates the popular River Oyster Bar in Downtown Miami. Bracha’s roots run deep in Miami’s culinary turf with successful ventures dating back two decades when the chef partnered with Norman Van Aken at the A Mano Restaurant at the Betsy Ross Hotel in South Beach. In a town where it seems only dogs have pedigrees, Bracha is the real deal! 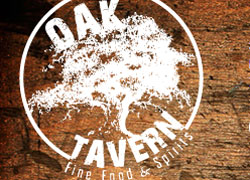 Bracha knows just what the neighborhood craves – small plates, pizzas, trays of house-made charcuterie and snacks as a warm up to daily specials and delicious entrees. Stop in on a Wednesday night for Southern style fried chicken, collard greens and biscuits with gravy or feel like you’re at Nonna’s house on Sundays when the chef slowly simmers a pot of traditional spaghetti sauce to top meatballs and sausage. Weekend brunch service is as unfussy as it is delicious with house made sticky buns, fried chicken and waffles or a crab cake po’boy to soothe your Sunday blues. Sup inside the brick-lined dining room or enjoy the scene at breezy patio tables outdoors.

Once a quiet destination for local interior designers scouting exclusive furniture showrooms, Miami’s Design District owes much of its new-found popularity to Chef Michael Schwartz who opened his farm-to-table American bistro in the heart of the area and brought countless hungry foodies to Midtown. While other eager chefs soon followed, Schwartz remains the Godfather of Miami’s burgeoning culinary scene. Proving his commitment to the area, he has since opened The Cypress Room, an “Elegant American” restaurant along with Harry’s, a wildly popular pizza joint. Laid back and local, Michael’s restaurants give the Design District a more accessible neighborhood vibe. 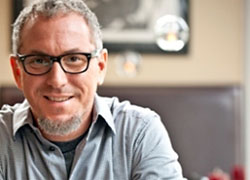 Crafting his menu with seasonal selections from area farmers, the kitchen sets out snacks, small plates and larger entrees for lunch and dinner and serves a top-rated Sunday brunch. Menu standouts include the wood roast double yolk egg served with gruyere cheese and a sourdough crostini and the tender grilled pork chop served with tart plum chutney. Partnering with James Beard nominated Pastry Chef Hedy Goldsmith, Chef Schwartz ensures that each meal dazzles from start to finish. Locals gather for half priced cocktails, wine & beer at happy hour weeknights from 4:30-6:30pm. Dine indoors or book a table out on the breezy patio where table hopping and people watching is tops in town. – michaelsgenuine.com

Chef Michael Schwartz expands his sphere of influence in Miami’s Design District with the recent addition of The Cypress Room, his third and most elegant venture in the burgeoning Midtown neighborhood. Surrounded by tony furniture showrooms and an expanding roster of designer boutiques, the wood-paneled dining room is decidedly retro in style with vintage tableware, taxidermy deer trophies and retro seafoam banquettes. Waitstaff are prompt and professional at weekday lunch service and during dinner which is served every night except Sunday.

While most of Michael’s restaurants offer an eclectic mix of entrees, snacks and small plates, the menu at The Cypress Room is more traditional in style with just a handful of appetizers, entrees and sides. Lunchtime favorites like the Cypress Burger topped with onion marmalade and the smoked shaved beets served with robiola are savory and satisfying and at dinner the roast lamb or duck are perfectly rendered and lightly sauced with just a hint of gaminess. Hedy Goldsmith’s desserts include a Florida citrus chess pie spiked with tarragon, huckleberries and white chocolate or a complex hazelnut parfait with puffed farro and tart pickled cherries. The Cypress Room is a more tailored and grown up presentation of Chef Schwartz’s innovative cuisine and a welcome addition to the Design District. – thecypressroom.com 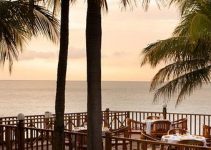 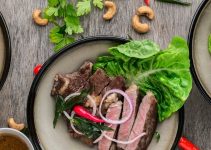 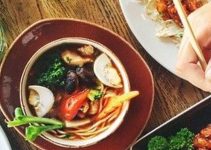 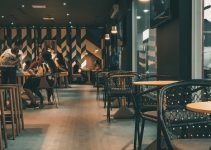 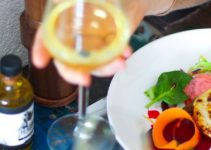