Universal Studios tour from Miami to Orlando amenities and highlights:

Get ready to be plunged into a universe of mind-boggling, gravity-defying, pulse-pounding non-stop action. Together, Universal Orlando Resort’s two spectacular theme parks offer fifty of the world’s most amazing rides, shows, and attractions — from state-of-the-art 4-D attractions, to exciting water rides, to some of the world’s most thrilling roller coasters — each of these thrusting you into some of the greatest movies and most legendary stories of history.

Join Harry Potter™ and his friends in a memorable adventure on this new groundbreaking ride, Harry Potter and the Forbidden Journey™. Battle villains high above the streets in the 3-D thriller, The Amazing Adventures of Spider-Man®. Blast off on a high-speed roller coaster rampage on The Incredible Hulk Coaster®. Brave white-water rapids on
Popeye & Bluto’s Bilge-Rat Barges® . Plunge into darkness on the Revenge of the Mummy® . Careen and crash your way through Krustyland on the hilarious The Simpsons Ride™.
And even star in your own music video on Hollywood Rip Ride Rockit® roller coaster. There’s no limit to the thrills and excitement you’ll experience at Universal Orlando

Mallory Square is a plaza located in the city of Key West, Florida, United States.

The square prime waterfront property in Key West’s historic Old Town, adjacent to the cruise ship port. It is located just west of the northern end of Duval Street, facing the Gulf of Mexico. It runs the entire length of Wall Street. Adjacent to the square is the Key West Shipwreck Historeum Museum and the Old Post Office and Customshouse.

It is the location of the “Sunset Celebration“, which is considered one of the main tourist attractions of the city. The “Sunset Celebration” involves hundreds of tourists who arrive each night to view the sunset. The celebration includes arts and crafts exhibitors, street performers and food carts. It begins two hours before sunset, every day of the year.

In 1984, the city opened a pier right on Mallory Square. The decision was met with considerable opposition from people who felt it would disrupt the tradition of watching the sunset at Mallory Square. In response to this, the city passed an ordinance requiring cruise ships to leave port two hours before sunset, enabling them to return after sunset voiding an additional docking fee.

This was Hemingway’s home from 1931 to 1939, although he retained the title to the home until he died.It is a private, for-profit landmark and tourist attraction now populated by six and seven toed cats that are descendants of Hemingway’s cats. The author’s second son, Patrick, who lived in the house, stated in a 1994 interview in the Miami Herald’s “Tropic” that his father had peacocks in Key West, and that he owned cats in Cuba. However, a photo on display at the Hemingway Home in Key West shows Patrick and his younger brother Gregory in front of the Cuban water jar near the swimming pool, and Gregory is holding a white cat named Snow White. In addition to the photo showing Patrick and Gregory with Snow White, his wife Pauline wrote the following on January 22, 1937, letter to Hemingway (who was staying at the Barclay’s Hotel in New York City), “Snow White has become his (G’s) fox fur that walks. Esther is having the same old cat looming troubles, with discussed alternatives of 1 getting little female, 2 letting him out and NOT worrying, which turns into letting him out and worrying, 3 castrating, 4 putting add in the paper asking for the return of brown, blue-eyed cat with reward.”

Enjoy a day at the Miami Sea Aquarium

The Sea Aquarium is off Rickenbacker Causeway in Miami, Fl 33149. Only, 20 minutes from Miami Beach by car, 25 minutes by private coach, and about 2 hours by local bus.

There are so many shows and exhibits at the Sea Aquarium that you may just want to come back for another fun-filled Miami tour at the Miami Seaquarium. The Miami Seaquarium is a great way to spend the day with the entire family and forge some unforgettable memories.

Sea Aquarium in Miami, make your reservations today and gain the memories of a lifetime. Miami discount tours are

a great way to experience the very best of South Florida. The shows you will have access to on this tour are simply amazing.

The aquarium in Miami is truly a playground for young and old alike. The amazing exhibits at the aquarium in Miami allow family’s to bond stronger enjoying each other’s company for a delightful experience at the sea aquarium. This Miami tours is a must-do for the entire family.

The Miami sea aquarium is one of the most popular places to visit while on your trip to Miami. No Miami vacation can be quite complete without experiencing the playful dolphins at the sea aquarium in Miami. Visit the “Tropical Reef” or “Discover the Bay” the choice is yours as all of our Miami sea aquarium tour packages from Miami Beach comes included with door-to-transportation as well as all-day tickets to the aquarium in Miami Florida. Of course, you’ll also be able to do a bit of shopping if you like. The aquarium Miami Fl. also has its very own Miami aquarium store where you can find aquarium supplies, coupons, and much more.

Come spend the day with us and we’ll not only show you a great time but give you a treasure chest full of memories to be cherished for a lifetime! 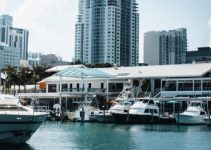 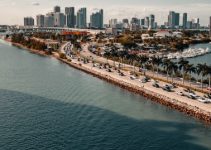 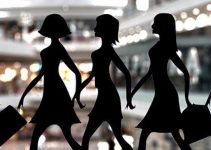 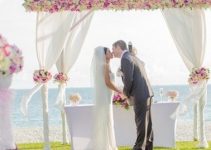 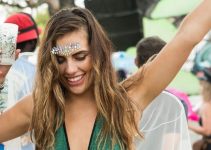 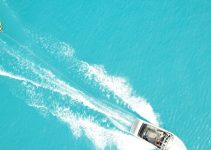