Coconut Grove (or the Grove) is a typical Miami neighborhood located in Miami-Dade County, except for the fact that it is one of the most diversified melting pots of culture on the East Coast.

The Grove’s first record of immigrant settlers dates back to the 1800’s. From the mid 1800’s until the turn of the century, Coconut Grove (spelled Coconut Grove back then) was built by the labor and sweat of mostly immigrant workers.

Notably the first black settlement was established by craftsmen from the Bahamas around 1880. The Bahamian people have proven themselves to be a large factor in the success and development of this area of Miami. 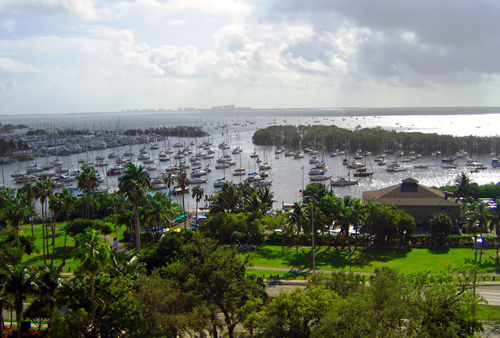 Located on the edge of Biscayne Bay, Coconut Grove is an eclectic village made up of funky cafes, incredible shopping, exciting nightlife, and great annual festivals and cultural activities. It was founded in the 1800s as a haven for Bahamian seamen. In 1925, the City of Miami annexed Coconut Grove, but it continued to retain its own identity.

Best Coconut Grove Restaurants Coconut Grove has evolved in recent years, but its charm remains. It is still one of our favorite neighborhoods in Miami.  When dining out, there are plenty…

This cemetery in Coconut Grove’s Bahamian District is an important historic site and one of the cemeterys that inspired Michael Jackson’s “Thriller” video. The Coconut Grove Cemetery was first used…

Wish to take Miami in you suitcase, so then be it that way. Homing some of the most sophisticated shopping malls, the commercial shopping areas flash the brand names right…

Annually in mid-June a large festival takes place along Grand Avenue to celebrate the Bahamian culture in an abstract form of a thank-you. The Goombay Festival, as it has been named, turns the entire area into a Caribbean paradise.

The festival includes different native Bahamian dancing, foods, music, and spotlights the heritage that the Bahamian people introduced to the Grove. Another point of interest in Coconut Grove is the Peacock Inn. This inn was built in 1882 and was the first hotel to ever be built on the South Florida Mainland. The Peacock Inn (formerly known as the Bay View Inn) was also built by the hard work of two English immigrants, Isabella and Charles Peacock. The couple sold their meat business in London and immigrated to Southern Florida looking for new opportunities.

Although we can tie many great things to the people of neighboring countries, The Grove also produces some home-grown American pride as well.

Some of the greatest minds, in their field of expertise, have drawn inspiration from this neighborhood. Alexander Graham Bell, Tennessee Williams, and Robert Frost are some of the more celebrated names that called Coconut Grove home. Inspiration comes in many forms, but the most widely remembered is always music. The Grove has been pumping brilliant musicians into the music business for years. Some of this neighborhood’s past residents included Jimmy Buffet, Jose Feliciano, Joni Mitchell, Fred Neil, David Crosby, and The Lovin’ Spoonfuls.

It’s easy to understand why Miami annexed this small town almost 90 years ago. The tax revenue that Miami collects annually from this once incorporated city adds a large chunk of money to their budget. Many of the historians and neighborhood preservation groups still speak badly about the acquisition of The Grove. Apparently, according to records of the event; a vote to annex the village was ordered at a time when most of the residents were not there to attend and no formal announcement was made stating that there would be such a vote.

Coconut Grove, with its serene bay front setting, and casual ambiance has always attracted artists. In the 1950’s, artists from all over the US and as far away as Europe, settled in Coconut Grove and established studios. The Grove (as locals call it) became an artist haven.

Coconut grove is home to many outstanding events throughout the year. The most famous of them is the Coconut Grove Arts Festival. Arguably, it is one of the finest arts festivals in the whole of the USA, and, for sure, one of the oldest, largest and most diverse. Despite its tremendous growth since its birth in 1963, the emphasis is still on one-to-one chat between exhibitors and art-lovers. The festival is held on McFarlane Rd, South Bayshore Drive and Pan American Drive.

Coconut Grove has some of Miami’s best dining, shopping and nightlife. There are plenty of stylish nightclubs, funky cafes and restaurants that serve up Cuban, Argentine, and Greek food.

Among the Grove’s attractions Villa Vizcaya and the Barnacle should be mentioned. Villa Vizcaya, now a decorative arts museum set in the midst of magnificent formal gardens, was originally the home of International Harvester Vice President James Deering. The house is designed in an Italian Baroque style. The Barnacle is the oldest home in Miami-Dade County still on its original site. It was built in 1891 by Commodore Ralph Munroe.

Information about the CocoWalk Mall, the Streets of Mayfair Mall (aka Shoppes at Mayfair), the Coconut Grove Organic Farmer’s Market, and more shops and shopping centers in Coconut Grove.

Information about schools, banks, post offices, churches, and other local services and resources for local residents in the community of Coconut Grove.